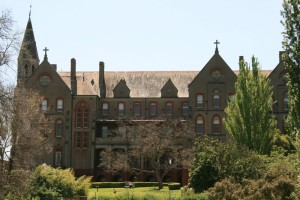 For-purpose business, The People’s Solar has helped iconic Melbourne Not for Profit, the Abbotsford Convent raise $120,000 for its renewable energy project in the biggest crowdfunding project of its kind in Australia.

The People’s Solar, part of Energy for the People, is a platform for delivering community-owned solar power to schools and Not for Profits as reported by Probono Australia.

Director and co-founder Tosh Szatow told Pro Bono Australia News this was the biggest solar crowdfunding project of its kind in Australia to date. It was also the largest project his business has been involved in.

“It’s really exciting. We’ve raised something like $250,000 now over two years, so the amount of money we’ve raised for projects has been doubling every six months, and that includes the project with the convent,” Szatow said.

“We’ve now completed about 10 projects, it’s the biggest by some margin and it’s really confirmed for us that we can fund really big projects like this.

“And the other exciting thing is the organisations we’re working for would otherwise find it really hard to find the money to pay for solar power, and so it’s really great to know we’re able to help those organisations.”

The Abbotsford Convent, spread over 16.8 acres, has green space and historic buildings, which are said to house Australia’s largest multi-arts precincts.

“It’s an iconic building in Melbourne… that’s really well loved by people in Melbourne, and the activities that are hosted at the convent are really important to the community,” Szatow said.

“As well as support for the creative arts and music, painting, sculpture and it’s a really valuable public asset. There’s a large green space which is a real oasis for people in that community. So there were a lot of reasons to get behind it.”

The mission of Energy for the People is to help foster a “democratic” energy market where all Australians can access renewable energy. Szatow said The People’s Solar was started to focus on social impact and community benefit. To read more click here.

Renewable energy will be discussed at The National Sustainability in Business Conference; renewables, markets, innovation, opportunities and capital to be held 23 – 24 March 2017 at the Hotel Grand Chancellor, Brisbane.