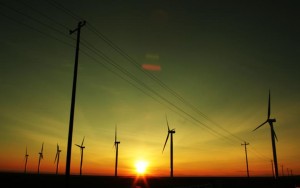 The Australian company CWP Renewables has become the latest winner of the ACT government’s wind energy auction, securing a 20 year contract for 100MW of capacity that will allow it to go ahead and build the biggest wind farm in NSW.

CWP Renewables hopes to complete the 260MW Sapphire wind project near Glen Innes in northern NSW in 2018, and it is also looking to add a solar farm to the facility, starting with an initial 20MW.

It bid a price of $89.10 per MWh for the output of its proposed wind farm. Unlike most power purchase agreements, this price does not rise with inflation and is fixed for 20 years.

The Glen Innes site, combing wind and solar, and another major wind-solar hybrid project, Goldwind’s White Rock wind and solar farms, are expected to form the basis of a major renewable energy hub in northern NSW.

This has been supported by Transgrid, which wants to make use of the high voltage lines and a major sub-station to facilitate the developments.

As part of its tender with the ACT government will build a $3 million micro-grid in Canberra, and relocate to the ACT where it will oversee another $35 million in export opportunities for micro grid technologies.

The ACT auction program, part of its plan to source 90 per cent of its electricity needs from renewable energy by 2020, has underpinned nearly all new wind farm developments in Australia in recent years because of the investment drought caused by policy switches from the Coalition government.

That drought was caused by efforts by powerful factions in the Coalition to bring a halt to the renewable energy target. Click here to read more.