German battery storage giant and major Tesla rival, Sonnen, has opened up competition on yet another front in Australia, with the announcement this week of a partnership with a local roofing company that is set to launch its own version of an integrated solar tile.

Sonnen said on Thursday that it had signed an agreement with Australian company Bristile Roofing to be the national supplier of solar powered energy storage systems for homes using its new solar tile, which is due to hit the market in September. 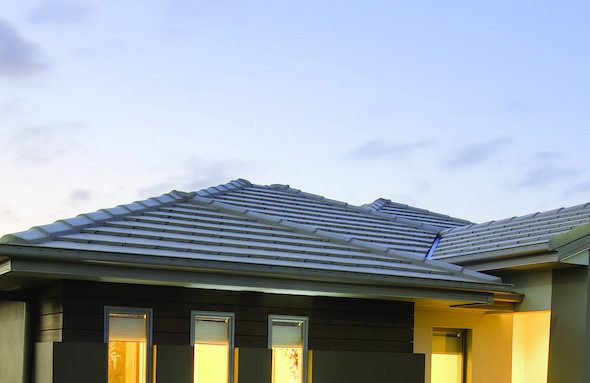 Image: One Step Off The Grid

Under the deal, Bristile will offer the Sonnen AC Coupled modular battery storage system to the builder market, as well as its new Sonnen DC Hybrid range.

The storage system includes an inverter, battery modules, and an energy management system with built-in smart appliance control. The systems have a 10-year guarantee, but are designed for a 20-year life, according to Sonnen.

Bristile, which is a part of the building materials group Brickworks, says it expects to target the estimated 102,000 new-build homes throughout Australia in 2017-18, with a number of builders the company deals with “looking to offer integrated solar systems” as a standard feature of off-the-plan homes.

Article originally published by One Step Off The Grid.