Queensland shoppers will no longer be able to get plastic bags at the supermarket but will be able to cash in their cans and bottles under laws passed overnight.

The ban on single-use plastic shopping bags, including degradable and biodegradable bags, will take effect from mid-next year. 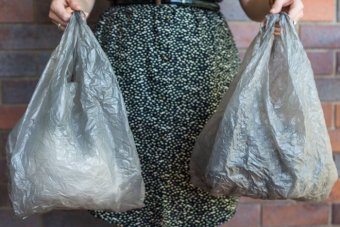 The bill was passed with bipartisan support, with the Opposition saying it had initially proposed the changes.

Environment Minister Steven Miles said some retailers were proactively banning the supply of lightweight plastic shopping bags in advance of the ban.

Designated container refund points and reverse vending machines will offer 10 cents for most drink containers between 150ml and three litres.

Some containers, such as those for milk, wine, and some juice are exempt.

Mr Miles said some of the most passionate advocates for the change had been children.

“I get letters every day from school kids around the state,” he said.

“An estimated 2.4 billion beverage containers and 1 billion lightweight plastic shopping bags are used in Queensland every year … these are ending up in our waterways and killing and maiming our native animals.”

“This is an important initiative for our environment, for conservation, for community organisations, for waste reduction and recycling and for jobs here in Queensland,” he said.

The Queensland Conservation Council’s Dr Tim Seelig said it was a breakthrough moment for the state.

“We do hope that this legislation will be the starting point of a much bigger conversation about how much we really need to use plastics on a day-to-day basis,” he said.

This article was originally published by ABC.net.au.