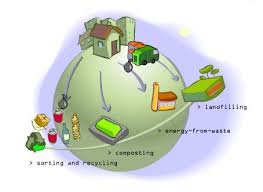 Queensland’s landfill rubbish will be cut by half within 10 years through support for recycling businesses and a new waste levy, the state government hopes.

Under the plan, a levy will apply to commercial, industrial, construction and demolition waste and some soils from July 2011 to discourage interstate waste disposal and encourage less waste generation.

The levy will fund $159 million in incentives for businesses that invest in recycling technologies or find ways to reduce their waste over the next four years.

Ms Jones said other programs were being investigated, like government funding for recycling bins at small businesses.

There will also be a focus on better preventing illegal dumping and helping households recycle green waste, rather than binning it.

Ms Jones said a business plan, to be released in February, would provide more detail for achieving the Waste Strategy’s goals.

It’s hoped the strategy will reduce waste generation by 400kg for every Queenslander by 2020, equating to a total reduction in the generation of waste of more than two million tonnes.

Ms Jones said Queensland was one of the largest generators of waste in Australia and one of the worst recyclers.

“We produce more than 32 million tonnes of it every single year, which is the highest amount of waste per capita of any state,” she said.

“… We will strive for a waste management system where recycling is the first option over landfill and more unwanted materials are given a new life by someone else.”

The strategy has been welcomed by environmentalists and industry.

“With a levy in place and programs to support resource recovery, this waste should be dramatically reduced, creating new economic and job opportunities in every region with a levy,” he said.

“There is strong enthusiasm from industry to drive down the amount of waste sent to landfill and the new fund … will help business reduce waste and recycle more,” he said.

Australian Council of Recycling chief executive Rod Welford welcomed the plan, saying Queensland had been lagging behind other states on the issue.