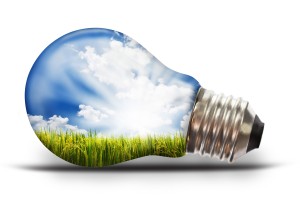 Renewable energy fund: Queensland Investment Corporation and the Future Fund are set to become major players in the race to meet the renewable energy target, backing a $2 billion-$3bn fund with diversified energy group AGL that will build up to a fifth of the new capacity needed.

QIC and the Future Fund will tip $800 million into a fund that plans to build 1000MW of new wind and solar farms along the east coast in a deal that breaks a long-running deadlock between investors and energy retailers.

AGL chief executive Andy Vesey said the fund, to be announced today, will have $200m of equity from the company as reported by Andrew White.

He said it would be backed by power purchase agreements (PPAs) from AGL that would underwrite returns and aim to stimulate the development of new capacity.

The balance of funding will come from banks to provide levered returns in the fund.

“We are taking down the road blocks one by one and the fund basically shows that there is appetite from quality investors and that we can show that by people bringing equity, there is debt willing to come in,’’ Mr Vesey said.

The deal is a breakthrough for the renewable energy industry, with the Abbott government’s review of the RET in 2014-15 stalling new investment and electricity companies unwilling to provide the 20 year-plus power purchase agreements developers and investors say they need to underwrite new projects.

The industry estimates $10bn needs to be spent building another 5000MW of capacity to meet the 2020 compromise target agreed between the government and Labor last year. If it hits its targets the Powering Australian Renewables Fund could end up building a fifth of the new capacity required and owning 10 per cent of ­Australia’s renewable energy generation.

It will be seeded with AGL’s existing 102MW Nyngan and 53MW Broken Hill solar plants, with the balance of the fund to come from new developments.

A decision on the first new project is expected by March next year. QIC, whose involvement was first flagged in the DataRoom column last month, will invest the money for the Future Fund and other clients in its global infrastructure fund.

QIC’s head of global ­infrastructure, Ross Israel, said the deal was a breakthrough for the $70bn investor, which had been looking for a way to get into the renewable energy market in the scale required for a major institution.

“Having those plants in Queensland and NSW provides us with diversification in wind and solar as well as geographic spread, and the PPA with AGL makes it attractive for us in the long term at a time of disruption in the energy market,’’ Mr Israel said.

The PPAs will run for just five to seven years, with Mr Vesey ­saying he was unwilling to risk AGL’s balance sheet on longer agreements when he did not have matching contracts from customers on the other side.

“The kind of people who could cover those would be my non-residential and commercial customers and they tend to churn very highly, so it is very hard to write a contract like that,’’ Mr Vesey said. To read more click here.

Renewable energy fund will be discussed at The National Sustainability in Business Conference; renewables, markets, innovation, opportunities and capital will be held 23 – 24 March 2017 at the Hotel Grand Chancellor, Brisbane.

To express your interest in the Conference CLICK HERE.