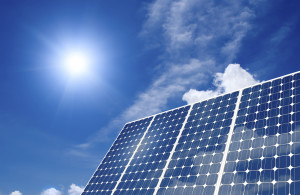 On the heels of the recent global summit in Paris to tackle climate disruption, the World Trade Organization (WTO) has ruled against an important piece of the climate solution puzzle: India’s ambitious program to create homegrown solar energy. The ruling shows that decades-old, over-reaching trade rules are out of sync with the global challenge to transition to 100 percent clean energy as extracted by a Huffington Post news report.

In just five years, thanks to India’s National Solar Mission, India has gone from having virtually no solar capacity to boasting one of the world’s fastest-growing solar industries. In just the last year, a parade of leading solar companies has announced plans to establish new factories in India to produce solar cells, the parts of solar panels that use sunlight to produce electricity. India has named the solar program as a core component of its contribution to the Paris agreement to tackle climate change.

But today, the WTO released its ruling against India’s National Solar Mission, deciding that India’s efforts to boost local production of solar cells violated WTO rules. Though India argued that the program helps the country to meet its climate commitments under the United Nations Framework Convention on Climate Change (UNFCCC), the WTO rejected that argument. Indeed, the ruling boldly states that domestic policies seen as violating WTO rules cannot be justified on the basis that they fulfill UNFCCC or other international climate commitments. In effect, the WTO has officially asserted that antiquated trade rules trump climate imperatives. To read more click here.