ABSTRACT: Dame Sylvia Crowe the great forward thinking landscape architect of the 20th Century once said “It would seem that the highway facilities must always lag far behind the means of locomotion, and we should watch carefully that the next advance in transport does not find us still thinking in terms of roads for outdated vehicles.” (1960)

With the advent of autonomous vehicles the effect on the road and street environment will be profound. Almost every geometric standard, design guide and roadside piece of furniture is there because it mitigates driver error which accounts for over 90% of all crashes. Wide lanes, large radii and barriers save people from their poor driving. Signage exists because of human navigation deficiencies. Car parks exist because we all like to park in one easily found space. Road upgrades and widening occur because we are unable to drive in an ordered regular and straight path and the act of driving is a waste of productive time. On motorways over 30m of the cross section is devoid of trees because of the dangers of an accidental swerve.

This talk will explore, from the perspective of urban design, the many small simple changes that will occur because of autonomous vehicles and also some of the more challenging wide reaching effects.

This talk took a different angle to the normal discussions about driverless vehicles. It was presented as a future history looking back from 2060, on 100 years of development of the modern motor vehicle. It seemed to go down well; the audience really began to engage with the theme and asked me to explain exactly what happened in 2028! – two years out from my fictional legislative requirement for all vehicles to be autonomous in 2030.

In preparing the talk it was surprising how current plans could be extrapolated into the future. In Sydney NorthConnex and WestConnex will be complete by around 2022. The whole of the Pacific Highway from Sydney to Brisbane will be dual carriageway by 2020. Around the world many autonomous initiatives are currently taking place (self-driving taxis in Singapore, self-driving truck lanes in Belgium, self-driving experimental cities in the United States). Taking these major project achievements and advancing vehicle technology together, it seems feasible by the mid-2020s to expect a level of autonomy in vehicles – particularly trucks – and to make the most of these fully connected motorway systems and advancing technology. 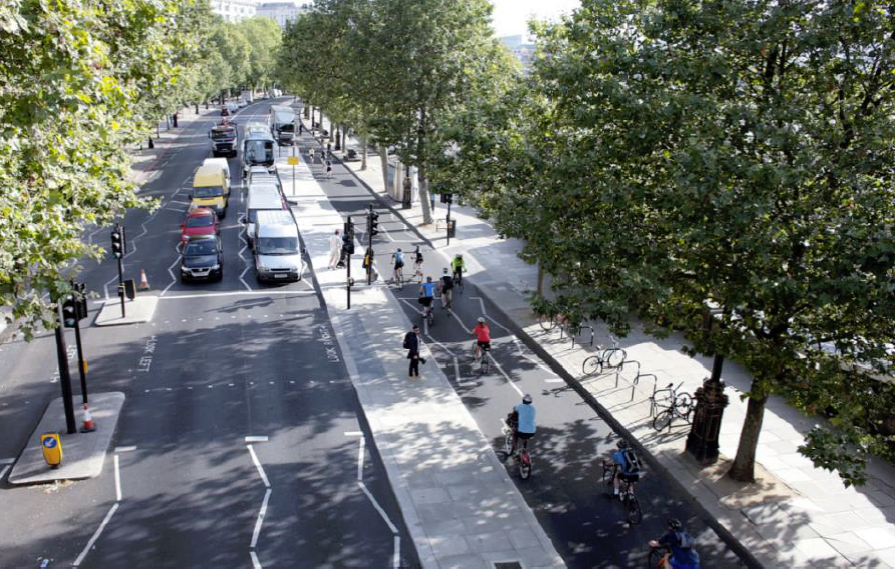 With the potential lessons learnt from motorway vehicle autonomy and the benefits of lane correction and crash detection, it also seems feasible to continue the trend from motorways into the general road network.

The potential reduction in crashes (currently still in the global top ten of all deaths and over 1000 fatalities per year in Australia) could be dramatic with currently over 90% of crashes caused by driver error. Insurance companies, roads authorities, safety groups and the general community will call for the benefits of autonomous vehicles to be more widely available. It is conceivable (subject to the popularity, design and cost of vehicles) that by 2030 the Government will have to do something and some form of legislation might be put in place.