Home Architecture Australian Sustainable Design: the Challenges, What We’re Getting Right, and Where to From Here

Australian Sustainable Design: the Challenges, What We’re Getting Right, and Where to From Here

The drive behind building more environmentally friendly residential homes is coming from individuals, not government bodies, and cookie-cutter developments are holding us back, according to a think tank assembled to address the issue of implementing sustainable design. 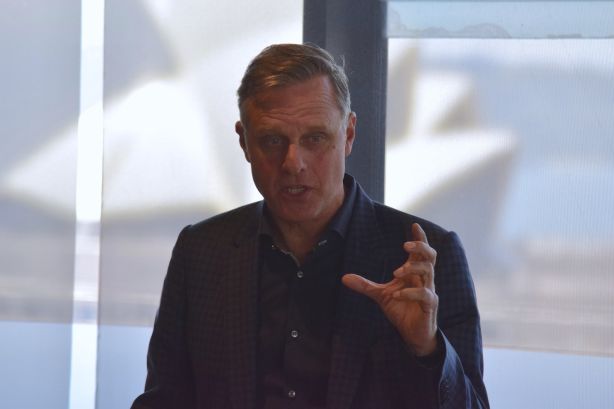 The chair of the discussion, organised by LG Electronics, was architect and TV host Peter Maddison, who argued that changing our behaviour was key to these kinds of properties having their maximum benefit.

“In my view, sustainability is a lot bigger than just green stuff,” Maddison said.

“We can put the best solar panels in the world in our house, and that’s a terrific contribution,” he said. “But, if we leave the lights on all night, what’s that mean?”

He said that having travelled around Australia to document cutting-edge buildings, he’d seen individuals embracing sustainability as leading the way.

“There is no regulation around materials,” he said. “Maybe 50 per cent of the energy is actually in the stuff that goes in, and we’re not even looking at that from a regulation perspective.”

Difficulties dealing with local councils and a lack of awareness around how people can partially embrace a more sustainable lifestyle, or take a standard-build and adapt it to its building location were raised also as impediments.

For many people, being sustainable was building a “big square house” and then putting solar panels on the roof rather than incorporating it into the design holistically.

Maddison said sustainable buildings needed to be tailored to their environment.

“The way we go about making shelter, making buildings, should be quite different, if you’re in Queensland or in Tasmania,” he said.

“We haven’t got a national style that we could say is Australian particularly and so it should be, because we have this incredible climatic difference that we’re dealing with.” Maddison identified the Queenslander as a localised style of housing that was adapted to the climate, but one that had largely been left behind in the “mad development” of our suburbs,

The sizes of our homes was also a factor, although affordability was driving younger generations to smaller homes.

Differences in the building codes between states and the limitations of star ratings systems were also considered roadblocks.

“In Victoria, you do six stars, but you don’t have very strict water and energy control,” said Tracey Cools, head of a sustainable building consultant firm. “But, NSW has some energy control which I think is really important.

“We’ve had a huge lift in targets of thermal comfort last year, and that has been a really big learning curve for the industry to meet those targets,” she said.

Technology expert Charlie Brown raised the issue of cost, in terms of a standard build versus a more sustainable home. Build costs for an architecturally designed home are about 30 per cent more than an off-the-shelf design.

But while solar installation costs and savings could be easily predicted, the “elastic” costs associated with home building and renovation made it hard to determine how much a project could wind up costing.

“We talk about these kind of thing things, and you all want to do better with it,” he said. “But, you just don’t know the steps of how to do it.”

But as electricity prices go up, installing solar systems at home would remain appealing for residents looking to save money.

This article was originally published by Domain. Click here to continue reading.

Have Your Say When it Comes to Sustainable Design

Submit your presentation to speak about all things sustainable (including architecture and design) at the 2019 National Sustainability Conference, held from 1-2 April in Brisbane.

Submissions closing Friday – get yours in here.