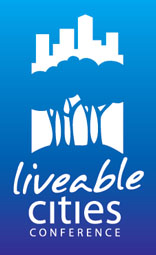 Regeneration of many cities is essential to enable their sustainable re-development but importantly to maintain their viability and creativity in this global and rapidly changing world. The predominant focus of Australian planning and design literature is concentrated upon its coattail cities and the problems and challenges these burgeoning metropolises presently. Even state and commonwealth government policies preference these places against the rest of the Australia’s urban and regional centres biasing the focus of the majority of research activities and interrogations. For example, the recent round of the Commonwealth-funded National Climate Change Adaptation Research Facility (NCCARF) (2010-2013) projects concentrated over 80% of their projects on the south-eastern urban fringe of Australia.

Regional Cities in Australia are lacking the equity of attention and inquiry. These are port cities of between 150,000 to 300,00 in population that are major industrial or single-industry-dominated centres that also serve a major regional service centre role aided by the physical distance from their respective capital city. They are usually located outside but close to capital cities but increasingly provide driving forces for development in their regions. Regiopolis usually have smaller scaled centers with a high functional importance for their hinterland. This group of cities is also characterized by good infrastructure, a high economical importance and hosts a University.

These particular group of Regional Cities have historically been overlooked in planning discourses, and policy making, and continue to be as demonstrated by the Rudd-Gillard and Abbott commonwealth administrations. The reference to ‘regional cities’ in federal and state governments policies covers small regional cities and towns and fails to reflect the importance of this major cities as centres for urban growth and contemporary sustainable living.

One has to venture back to the 1970s era to witness any solid infrastructure, and planning and design investment in these centres by state and commonwealth governments, and then the imperative was to underpin and aid decentralization of Australia’s population and long-sightedly prevent the present wave of peri-urban expansion to better and more equitably distribute Australia’s urban population across the continent that to concentrate it in 4-7 growing megalopolises.

The merit of this innovative policy is now lost as we witness Melbourne’s tentacles or urban wedges sprawl, Sydney’s wave of suburbia subsume the Nepean Plains, Brisbane becoming connected to the Gold Coast, Adelaide quietly expanding in the Adelaide Hills, Willunga Basin and the Gawler-Salisbury Plains regions, and Perth trying to control its ‘Boomtown’ city ethos as epitomised in Weller’s writings as it sprawls north and south on the Darling Plains.

Regional Cities like Newcastle, Wollongong, Townsville and Geelong are however confronting major issues about their futures especially because of the cessation of down-sizing of their industrial bases that essentially underpin their employment viability. Each is historically highly dependent upon their industrial ad port roles, and their corporate repositioning in an increasingly global market place has meant that they are more often not viable especially due to the high human resource costs.

Thus, dependency upon heavy industries like OneSteel, BHP/Billiton, Ford, GMH, Alcoa, NryStar, Australian Defence Forces as a major user, Vterra, and associated coal and container exporters and ship building industries are all impacting upon the situation in these regional cities. One change in corporate policy oversees immediate impacts upon these communities because of the higher percentage of employment dependency in these regional cities.

Interestingly, each has because of this orientation witnessed major urban design renovations of their foreshore edges in the 1990s largely funded by Commonwealth regional development funds in partnership with the state government as a secondary party. Thus, both Townsville’s and Cairn’s foreshores have witnessed major transformations in the 1990s-2000s, Geelong reinvented its maritime industrial foreshore in the late 1990s at the same time that Newcastle and Wollongong reinvented their foreshores. Thus, it was only because of a conscious Commonwealth-level policy initiative that regional cities obtained strategic economic renewal funding to undertake major regeneration projects that would otherwise be outside of the economic scope and capacity of the respective Regional City local government.

Lack of finance and economic capacity is a key issue for Regional City re development. Each is sizable but their financial resources are minimally spread to address normal ‘rates-roads-rubbish’ expectations of local governments but they lack the economic capacity and scale of ventures that Australian metropolitan local governments can engage with. So, large urban centre regeneration projects have limited capacities, are highly dependent upon large capital investments from their budgets, attract little matching state or commonwealth government funding support especially because these are invariably Labor-swinging electorates.

The dilemma with these patterns is that these Regional Cities are more often moribund and in desperate need of regeneration and inspiration. But, they lack the resources like the capital cities to drive this change, the policy commitment by state governments, coupled with resources, and the lack of exemplars that are regional-specific upon which to inspire this change.

This article proposes the need to develop a new tier of cities that respond to ‘Regiopolis’ development as the new growth urban centres in Australia’s 21st Century. The aim is to develop their full (economic) potentials, with an appropriate federal and state policies and funding mechanism, that facilitate strong cooperation between this particular group of cities and their regional surroundings.

This paper was presented by Prof Hisham Elkadi, Chair of Architecture, Deakin University at the Liveable Cities Conference in 2014 and published internationally in the “Book of Proceedings” as “Regiopolis: Rethinking Australian Regional Cities”.